Dr. Kathryn Dong completed her emergency medicine training and a Masters of Science in Population Health at the University of Alberta.  In partnership with the community, and with funding from the Royal Alexandra Hospital Foundation, she launched the Inner City Health and Wellness Program, including the Addiction Recovery and Community Health (ARCH) Team, in 2014.  After practicing emergency medicine for 11 years at the Royal Alex, Kathryn went on to complete additional certification in addiction medicine and now her clinical practice is as a physician on the ARCH Team.

Title: Access To Take Home Naloxone (THN) in the Royal Alexandra Hospital’s Emergency Department (ED) for Patients At Risk Of An Opioid Overdose

Opioid-related morbidity and mortality continues to increase in Alberta. Dispensing THN kits through the ED is particularly critical because previous ED visits for opioid overdose strongly predict future overdose mortality. The purpose of this study is to investigate the reach of the RAH ED-based THN program, with the goal of generating knowledge useful for improving THN delivery at the RAH and other acute care settings, and informing the sparse scientific literature on ED-based THN programs. Our specific research objectives are to: (1) quantify the proportion of individuals
who visited the ED for an opioid overdose who received a THN kit, (2) identify the sociodemographic and clinical characteristics of those patients who are not accessing THN kits, either because they were not offered one by the ED staff, or because they refused a THN kit after it was offered, and (3) develop recommendations for optimizing ED-based THN programs. 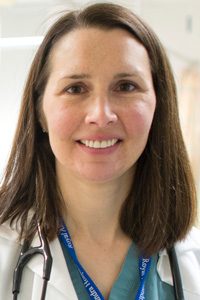