Kevin D. Haggerty is a Killam Research Laureate and Tier I Canada Research Chair. He has been the executive editor of the Canadian Journal of Sociology since 2007. He is professor of sociology and criminology at the University of Alberta and his research has been in the area of surveillance, governance, policing, and risk. Currently he is co-PI (with Dr. Sandra Bucerius) of the University of Alberta Prison Project, which is the largest independent qualitative study of the lived realties of prisoners in the history of Canadian criminology. He is a member of Canadian Research Network on Terrorism, Security and Society (TSAS), the Canadian Research Initiative on Substance Misuse (CRISM), and executive member of the Canadian Society for Evidence-Based Policing. From 2007-2013 he served as a member of the executive team for the New Transparency Major Collaborative Research Initiative. Along with his colleague Aaron Doyle he recently published the book 57 Ways to Screw Up in Graduate School (University of Chicago Press) which provides a series of pragmatic lessons designed to help students avoid the pitfalls of graduate education.

Sandra Bucerius is an urban ethnographer interested in investigating issues pertaining to prisons; immigration, integration, and crime; resilience and risk to radicalization and terrorism; neighbourhood re-development and its consequences on criminal networks and crime; questions of identity; and the efficacy of different types of community outreach in the context of counter-terrorism and crime prevention. All of her work is attuned to how micro-level interactions are influenced, shaped, and often hindered by macro-level forces. In addition to contributing to scholarly debates, she is also driven by her desire to inform effective, legally responsible, and socially engaged crime-prevention and counter-terrorism policies and programs.

Title: Examining the Opioid Landscape Within Federal Prisons in Alberta

Drs. Kevin Haggerty and Sandra Bucerius—as part of the University of Alberta Project—are examining the diverse impacts that the illicit introduction of fentanyl and other synesthetic opioids are having on federal prisons in Alberta. Particular attention is paid to a) security concerns  in Alberta prisons, b) measures to address the challenges of new powerful opioids in a prison environment, c) the level of appetite for new harm reduction initiatives in prison, and d) consideration of the organizational, security, occupational and cultural barriers that might have to be address in order to introduce  measures to effectively address the assorted risks of opiates in prison.  The research involves interviews with both prisoners and correctional officers in three federal prisons in Alberta.

The study’s findings will a) raise awareness about the extent of the opioid situation in prison, b) inform correctional officials about possible harm reduction measures, c) help shape opioid related training, and d) suggest polices for a safer environment for prisoners and correctional officers. 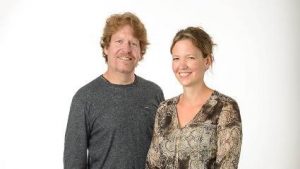